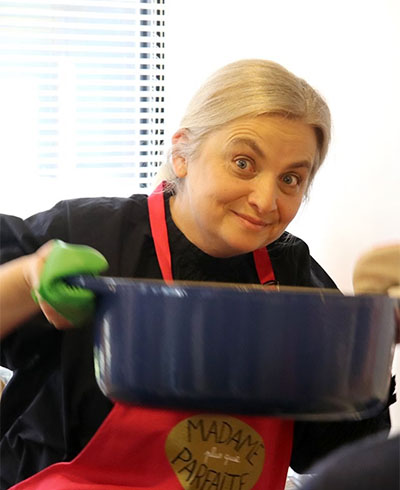 I can teach Balkan, Czech, and French cuisine.

I am from Europe and have dual nationality: Serbian and French. In addition to those two countries, some others are also involved in my life’s food story.

My mother is Macedonian, while my father is Serbian, from Vojvodina, the northern part of the country.

I was born in the southernmost part of Ex-Yugoslavia, now Macedonia, on the border of three countries: on the east of Bulgaria and on the south of Greece. In front of our house was a big old fig tree. The simplicity of picking the figs for us was as normal as drinking water. In ordinary days we were buying products on the local market from local people. The first Saturday of the month was reserved for going to the market at Thessaloniki, the second biggest city in Greece. We would buy a cans of three or five kg of Kalamata olives, and one or two 20 kg sacks of oranges! Another Saturday we would go to Bulgaria to buy the best sheep's white cheese.

During my recent travel to Canada, I brought to Tokyo exactly the same cheese my parents used to buy about 40 years ago in Bulgaria! The same package, same producer, same cheese! This moment has a very strong national (Balkan) heritage: no matter which destination you are travelling, the suitcases are always full of food products!

My mother was a busy woman with the own career, but at the same time she was the best housewife! On the other side, my father was a translator and tour operator; he made sure that our house was always full of people coming for a real gourmet joyful meal made by my mom! Shortly after she married my father, my mom learned to cook all the specialties of my father’s region. In the pantry next to the kitchen my mother always had beside the orange sacks, another sack of 20 kg of flour. She kneaded sweet, salty pies, Kiflice, but also homemade noodles. I remember the tablecloths were spread all around the dining and living room, on the table, on the sofa, and on the armchairs. She was drying for a while the big round, thin pastry circles, then she rolled them and she would cut them by hand with precise, delicate, but quick, movements. She would be making the noodles for soup. She was a true chef at heart. I used to say she was like Babette from Babette’s Feast, the Danish movie, the movie to honor French cuisine. I’ve learned a lot about cooking from my mom, and my brother too!

Later, we moved from Macedonia to Belgrade,  Serbia. I was 14 and nothing really changed regarding our food habits. Except that Greece and Bulgaria were far away and those trips were switched from my father’s birth place where we would buy directly from the farmers all kinds of fresh vegetables, fruits, meat and milk products. My father also inherited 80 trees of walnuts! The walnuts in Serbia became what the figs were in Macedonia to our family. There is always a kind of replacement in life, wherever you go…

When I met my husband, we were both studying languages at the same University: he French, myself Czech. His father was Serbian too, his mother Hungarian. From her I learned to make the best Veal soup, Perkelt, Goulash and walnut pancakes baked in the oven.

Later my husband and I moved to Prague, Czechoslovakia, before it split into the Czech Republic and Slovakia. There, we were adopted by my Czech friend Anna’s family. For Christmas, her mom, Maria, was regularly making between 20 and 30 different kinds of small cakes. My favorite was the one with the intricate name Drunk Isidor. Besides Isidor, she taught me how to make Czech dumplings and the best roast duck!

After spending 15 years in the Czech republic, where our two daughters were born, we moved to France. The country of gourmet magic! The country of hundreds of cheese, hundreds of great chefs, thousands of wines and the best pastries in the world. At first we were living in the picturesque city Chantilly (crème Chantilly was invented there) and I began to take homemade cooking lessons. I enjoyed learning to make this very rich cuisine, always having that unique French touch in whatever you cooking, classic or modern. Then we moved to Lyon, to the world capital of gastronomy. The city of traditional Haute Cuisine!  The city of Paul Bocuse! We even rented a house above his famous Abbey in Collonges au Mont d’Or. I was living walking distance to Paul Bocuse and I was living my food dream! Suddenly, I was on the same position where my father was when I was a kid. We made many local friends and all gatherings in our a homes became a kind of cooking competition. In Lyon, whatever you do is connected with food somehow. I even reported as a journalist from the biggest world culinary competition Bocuse d’Or one year. The name of my favorite dessert is with d’Or too: Pierre de Monts d’Or by Seve, maître chocolatier pattisiserre. Among all the restaurant sof Paul Bocuse, the other one closest to my heart is that of the chef Mathieu Viannay, La Mere Brazier.

In 2015, just when I thought I had mastered all the culinary experiences in France, we arrived in Japan!  Omotenashi and a stunning beauty on every bite! My friend Maki, her mom Yoko, and the Zen cooking teacher Machiko Chiba introduced me to the Japanese aesthetic of unpretentious cuisine.

The ground floors of the department stores are for me like Life Food Museums! I’m always walking around like Alice in Wonderland: Buying, opening, tasting, enjoying, discovering the undiscovered. I’m so lucky to be a part of such a culture and so happy to be able to share with you all these different gourmet sensations coming from all over the world. 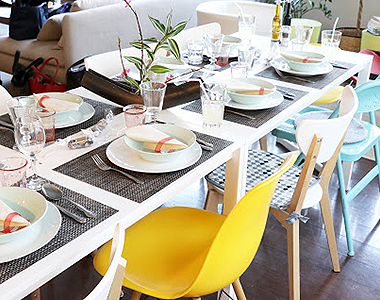 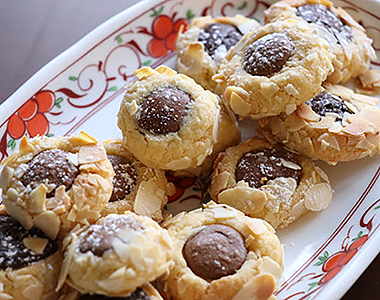 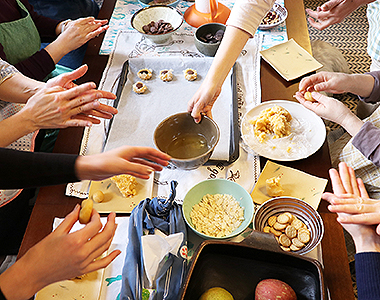 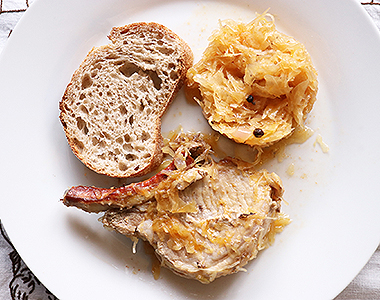